How to Train Your Dog Not to Bark Unnecessarily

Unnecessary barking is a dog owner’s nightmare.  Nuisance barking is especially problematic if you live in an area that’s heavily populated, such as an apartment complex.

But I’ll teach you how to train your dog not to bark unnecessarily at people, places and things.

Noisy dogs are an annoyance to neighbors as well as a cause of stress for their owners. Before you learn how to train your dog not to bark inappropriately, you have to understand what’s causing your dog’s barking behavior.

Why Do Dogs Bark?

Let’s face it.  You’re never going to stop dogs from barking completely. First, it would be unnatural as well as impossible.  And second, a dog’s bark serves several important purposes.

For instance, dogs use barking and other vocal sounds as their primary way to communicate. In the wild, wolves and other related animals use a series of sounds to alert pack members to potential threats, show dominance or submission, and to encourage play. 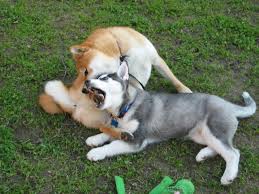 From the time a dog is a newborn, he learns that vocalizing causes a desired response. For example, when a puppy whines, his mother comes to his aid. When an older puppy barks at his litter mates, they engage in play. This desired response prompts more vocalization.

In those instances, the dog is receiving positive reinforcement.  He learns that if he barks, he gets a desired response.  So now he thinks barking is the way to get what he wants.

And by the way, some dog breeds bark more than others.

Excessive Barking Due to Lack of Clear Leadership 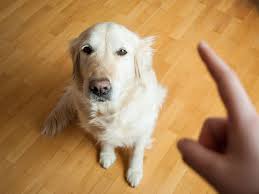 Not establishing yourself as the Alpha dog is the cause of most excessive barking.  If your dog believes he is the ultimate protector and decision maker, he’ll bark excessively and ignore your commands to stop.

You’ve got to establish yourself as the alpha if you want to learn how to train your dog not to bark.  In addition, you need to understand the different types of barks and what they mean.

There are different types of barks.  Each bark has a different meaning. Before you can determine the reason your dog is barking you need to understand what type of bark is being used.

Is it legitimate?  Is your dog  warning you of a possible intruder?  Is he bored, anxious, scared, frustrated or excited?

Once you’ve discovered the cause of excessive barking, you can get started on learning how to train your dog not to bark.  Remember, the method you use to stop your dog’s barking behavior will depend on your correct interpretation of  the bark.

Here are two of the most popular types of bark and what they mean. 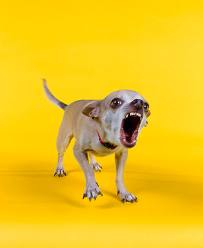 Is your dog alarm barking?  Meaning, is there a stranger in your front yard?  If your dog respects you as the alpha, a simple “good boy – enough!” will suffice.  This will let him know that you appreciate his help, but that you have the situation under control.

Excessive barking can also be due to pent up frustration.  If your dog doesn’t get out much, you’ve got to take him out and exercise him.  A tired dog is a quiet dog.  Do you live near a dog run?  A park?  Take him out for an hour daily in the park so he mingles with the other dogs.

Alternatively, hire a dog walker to take your dog out for an hour while you’re at work.  Then when you come home, take him out again for 30 minutes.  Don’t just walk with him either.  Play catch and frisbee with him so he tires out.

In addition to tiring out your dog, exposure to lots of triggers will desensitize him and decrease the probability of unnecessary barking. 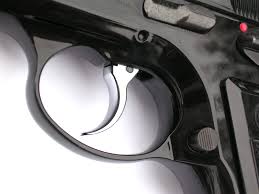 A good way to prevent dog barking problems is to remove whatever triggers the behavior. If your dog barks at cars passing, you may want to move the dog to an area where he cannot see the road.

If he barks at every jogger that runs by, close the blinds.  If he barks because he wants your attention when he’s is alone, you may need to reconsider his resting place and place him closer to you.

How to Give Corrections To Stop Excessive Barking

Be careful with this one.  Giving corrections requires good timing!  If you wait 10 seconds after your dog has done something to correct him, he won’t make the connection.  You’ve taken too long.

The correction has to take place immediately following the behavior.  I’d say within 3 seconds.  If you’re not close enough to your dog when he’s barking to give him the type of correction you’ve chosen, don’t bother correcting him.  Wait until next time.  But do reward him when he stops barking.

Here’s an example of a popular corrective measure dog owners use:

Give Meaningful Corrections So He Makes The Connection

In order for a correction to have an effect, you have to know if it has meaning for your dog.  In order for something to be meaningful to your dog, it has to have an immediate impact on his behavior.

If within 3 to 4 repetitions of the correction your dog has not either decreased the frequency or intensity of his barking, the correction is not meaningful. You know your dog.  You have to find out what’s meaningful to your dog.

How to Train Your Dog Not to Bark – Example Correction 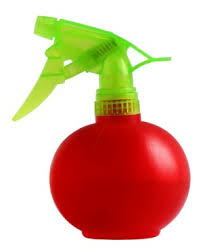 Try this exercise:  Buy a squirt bottle and fill it with Bitter Apple.  You can also use breath spray.  As soon as your dog barks, spray either the breath spray or the Bitter Apple spray (diluted with water in the spray bottle) directly in your dog’s mouth.

Immediately follow the squirt with the command “Quiet.”  No need to raise your voice.  Just say it firmly and calmly.

If it works, you now know how to train your dog not to bark.

When learning how to train your dog not to bark, it’s important not to make empty threats.Your dog needs to know that if he doesn’t obey the first time he gets the command, he’s going to get a correction.

It’s also important to keep in mind that yelling will only further the problem. It’s understandable that you might want to yell at your dog when he’s barking because you, like most dog owners, become frustrated when your dog is barking, especially when it’s late at night when you’re trying to sleep.

Remember, the reason you don’t want to yell at your dog goes back to the idea of puppies barking to engage play. Yelling is translated as barking to your dog. When a puppy barks, and you bark back, you have unintentionally engaged him in play.  For more tips and techniques dealing with puppies barking, read my article on how to stop puppy barking

Lastly, consistency and repetition are very important in all aspects of dog training.  Putting an end to a dog barking problem is no different. Make sure that every member of your family responds to the bad behavior the same way to prevent confusion.  For more in depth training on how to train your dog not to bark, buy Secrets of a Professional Dog Trainer.