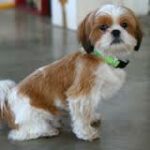 One of the first questions the new owner of a shih tzu puppy faces is how a sound that obnoxious can come from an animal that small. Sure, they’re cute and cuddly, but the sound of a shih tzu barking can get old very quickly. Originally bred to hold court at the feet of Chinese emperors, shih tzus have somewhat evolved from their regal beginnings and are an affectionate and playful sort, learning their bark early and using it often.

A shih tzu barking could be doing so out of boredom, a need for activity, or in response to a real or perceived threat to the safety of the home.

A Bored Shih Tzu Will Bark 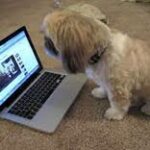 Every dog barks, and a shih tzu barking for attention, at the mailman or at the doorbell is no exception. Constant barking could be an indication that the dog is not being exercised enough or is penned in an area too small for his or her size for long periods of time.

A shih tzu barking all day while no one is home is especially indicative of this, as dogs often bark out of boredom or are displeased by the solitude. A dog who has had enough physical exertion before being left alone is more likely to be content with an extended period of rest afterward.

The Tiniest Watchdog on the Block

Some shih tzu owners find that while they were expecting a snuggly lap pet, they also have a rather effective watchdog on their hands. While a shih tzu’s temperament would never be confused with the more protective qualities of a larger breed, a shih tzu barking could certainly generate enough noise to alert their master to a prowler.

The key to “productive” barking (barking that is useful to the owner, and purposeful for the animal) is to train the dog early on that barking is permitted, but must cease when the command is given. There are various products on the market to assist with this type of training, but owners find that an aluminum can containing a few pennies or a full squirt bottle can be just as effective.

When the dog is barking, give a command like “hush” or “stop.” Shake the can (the noise will create a distraction, and the dog’s curiosity will win out) or squirt a quick stream of water in the animal’s face. Either of these tactics will stop the barking, and it is important that the quiet is rewarded immediately in order to reinforce the behavior.

Get a Dog Obedience Training Book 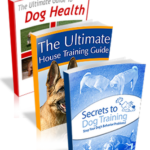 With a little time and effort that begins as soon as a new puppy is brought home, the sound of a shih tzu barking will become less of an annoyance and will indicate the temperament of a happy and loyal dog.

For dog obedience training, take a look at some of the best dog training books online.  I’ve written thorough reviews on each of these dog training guides, and I’m sure you’ll find one that will help you with all of your shih tzu needs, including healthcare, house training and grooming!  Learn how to train your dog, and you’ll never have to worry about unnecessary barking  again.