It's not your fault.

Okay.  So… how do you train a small dog to stop jumping on people?

Well, there are 3 keys to training a small dog to stop jumping up on people.  By the way, it's the same method used to stop big dogs from jumping on people. 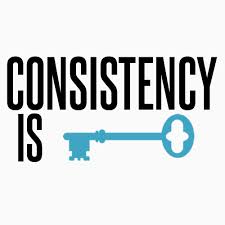 Let's start with consistency.  If you let your dog jump on certain guests and not others, your dog will be confused.

When I would to take him to the dog park, I would let him jump on some people and not others.

See, some people in the park didn't mind if Jack jumped on them…

And here's what I did.  I'd give Jack a correction for jumping on the people who didn't want to be jumped on, but when he jumped on the ones that didn't mind, he didn't get a correction.

Why?  Because Jack would get confused.   He didn't know if it was appropriate or inappropriate to jump on people.  I was giving him mixed messages.

So… Jack needed to know all the time that it was never okay to jump on anyone.  Let your dog know that he either can always jump on people (or do a specific behavior) or he can't.

The bottom line is, your dog can't differentiate between your worn out pair of sneakers and your $125 pair of Nike running sneakers.  So be consistent! 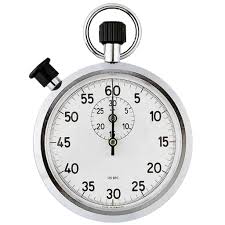 Dogs have a very short attention span.  They live in the moment.  If you correct them 5 minutes after they've done something wrong, they'll have no idea why you've just corrected them.

Worse, they'll associate the correction with whatever present behaviour they're doing – even though the current behaviour may be perfectly legit.

So… when you give a correction, it should be immediately when your dog has jumped on someone.  I'm talking within seconds.  First, shout “No!” And then give him a leash correction the minute he jumps on someone.

If you can't get to your dog quickly, shout, “No, no, no!” while you're trying to get to him to give them the leash correction so that they are still associating their bad behaviour with the “No” – and ultimately the correction.

Make your dog wear a leash tab all the time so that you can quickly get to him and yank it to give him a correction.  He'll have to wear it all the time until he demonstrates that he will no longer jump on people.

You want your dog to stop jumping on people.  So first yell, “No!” and then correct your dog with his leash.  Then, to see if your correction has had an effect, tempt your dog to jump up on you again.

So use a different command.

I pat my chest or knee signalling for him to jump. If your dog jumps up again immediately, it means your correction/motivation wasn't strong enough to deter him from jumping up again.

Do the correction again.

This time though, make it a stronger correction.  Adam Katz has a special trick to train a small dog to stop jumping on people.  It's in his book Secrets of a Professional Dog Trainer.  You can get the book right here.