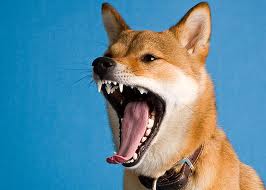 Are you embarrassed by your Shiba Inu’s aggression in the dog park?

Are you afraid you’re going to get sued or have to put your Shiba Inu down because of his aggression?

Find out how to stop shiba Inu aggression in the dog park with these tips!

Dog Parks Are Supposed To Be Fun

You take your dog to the dog park to romp around and have fun. Get exercise.  Socialize.

You also go to the dog park to socialize yourself with other dog owners.

Imagine having to avoid your fellow dog owners because you’re embarrassed that your Shiba Inu is always attacking other dogs in the park?

Worse, other dog owners are shunning you.  In fact, every time you come in the dog park, they take their dogs and leave!

While it’s possible to stop Shiba Inu aggressive behavior, you first have to understand why your dog is being aggressive.

Why Is My Dog Acting This Way?

You’re probably pulling your hair out trying to figure out why your Shiba Inu is acting so aggressively.

Stop trying to figure it out.  Here’s the answer.

Quite frankly, one of the main causes for your dog’s aggression is that Shiba Inus are naturally alpha animals.

Because of their natural alpha tendencies, your pups are going to do whatever it is they can to make themselves the head dog.

Aggressive tendencies usually happen over food or dominance issues. There are other times your dog might be feeling a little aggressive such as:

All of these are very common reasons for your dog to become aggressive. The key to helping you stop aggressive Shiba Inu behavior is to recognize which reason to correct. 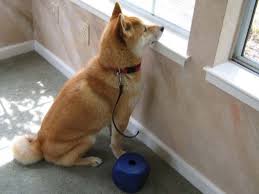 Just like us, dogs get nervous and scared. Although every dog has a different temperament, there are times when you might see your dog acting more nervous or upset than usual.

Anxiety can occur in pets for many reasons. Your dog might be scared of another animal or person.  He might be nervous about the weather.

Thunderstorm fears are common.  Or, he might even feel anxious that he needs to be in charge and not you.

Being around a lot of strange dogs in a dog park may be too unsettling for your Shiba Inu and may be the cause of his aggression.

The first step you need in order to stop your Shiba Inu from being aggressive is to make sure your pet feels safe.

If your dog is exhibiting aggression toward another dog in the park, take him out of the park immediately and let him stay in the gated area.

Most dog runs have a gated entrance  before the actual dog run play area.  That area is called the holding pen.  Keep your Shiba Inu there (while you’re with him) until he calms down.

It could be the other dog is the issue, but you won’t know that just yet.  After he calms down, about 10 minutes later, re-enter the park with him.

Introduce Him To The Dog Park Slowly 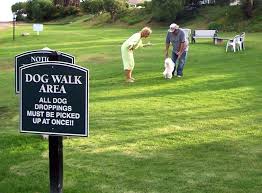 When you enter the dog park with your Shiba Inu, if there are other dogs there already, a good idea would be to let him sit in the gated area with the gates closed so that the other dogs can’t get to him yet.

Let the other dogs sniff him through the bars.

This slow introduction will allow your Shiba Inu to assess the situation for himself.  He needs to know for himself that it’s safe.

After 10 minutes, if you see he’s resistant to entering the park, close the gate and let him stay in the gated area for as long as he needs to.  Then try re-introducing him.

Socialize Him With Cageless Doggy Daycare 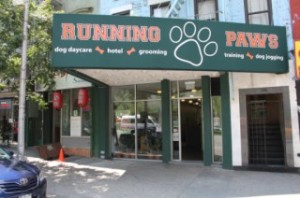 Personally, I believe in socializing pets early.  It’s a good idea to take your dog to a cageless doggy daycare center.

Running Paws is the best place in New York City to get your dog socialized.  If any doggy daycare center can stop Shiba Inu aggression and socialize your dog, it’s Running Paws.  Visit the Running Paws Facebook Fan Page.

What If Your Dog Is Already An Adult?

If your dog is already an adult, you can still take him to a cageless doggy daycare center.  He’ll get the benefit of learning how to interact with and get along with other dogs fast.

You don’t have to take him every day either.  3 times a week is plenty. During the other days, you can continue to take him to the dog park.

Remember,. always, keep him in the gated area first before bringing him in the park.

Aggression Due To Thunderstorms

Sometimes the weather can suddenly turn bad while you’re in the park.

Your dog will get anxious and afraid if he hears thunder.  Take your dog out of the park immediately and look for shelter – NOT UNDER A TREE!

Find a doorway after you leave the park where you can both stand until the storm passes.

If you’re already home, and the storm starts and your Shiba Inu is expressing aggression due to the weather, try to distract your dog. If possible, play music to drown out the sound of the storm.

Easing the anxiety is what will stop Shiba Inu aggression. 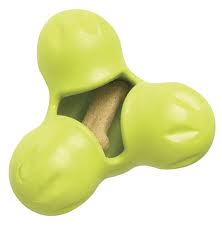 If you bring toys to the dog park, your dog may become territorial -especially if he’s the only dog you own.

If your Shiba Inu is feeling territorial or aggressive around other dogs with his toys, put the toy away immediately.

You Are The Alpha Dog – Not Your Shiba Inu

If your dog is acting aggressively due to its alpha nature, and you’re the problem, you need to stop Shiba Inu aggression by being more dominant yourself.

Do not allow your dog to be the one in charge of the relationship.  You call all the shots.  Be the alpha.

Once you’ve established that you are the alpha and your Shiba Inu backs down, reward your dog for backing down.